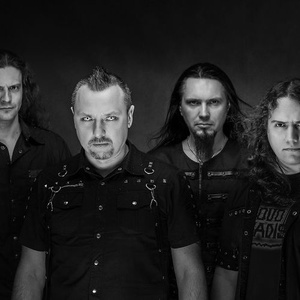 Four bands loudly ask - where to *now*?; who now plays while Rome burns?
Erica Mason (from the Underlyers) starts off the evening, so be there early.
Evin Rude sings boldly from the stern as he tries to throttle back the Outboards.
Smalltown travel from the tall timbers of the southern forests to sing Northcliffe tales.
Sensible Boys Club will finish you off like a white seal cub!

Quo Vadis is a melodic death metal band from Montreal, Quebec, Canada, formed in 1992 by Bart Frydrychowicz, Yanic Bercier, and Arie Itman, named after the novel by Polish writer Henryk Sienkiewicz. Since its inception, the band released three studio albums, one compilation album, one demo, one live DVD, one live album and two videos. Not to be confused with another technical death metal band from Poland, bearing the same name.