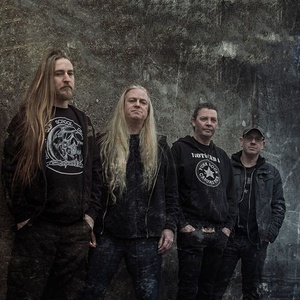 You have a great opportunity to see Memoriam, on March 27, 2020 at Willemeen in Arnhem.

Memoriam is an English death metal band from Birmingham which is under contract with Nuclear Blast. It was founded in 2016 by former Bolt Thrower singer Karl Willetts and Benediction bassist Frank Healy. Scott Fairfax plays guitar, Andy Whale is on the drums. The band has released three studio albums, two of which reached the charts in Germany, For the Fallen at #16 and The Silent Vigil at #32. On 21 June 2019 the third album Requiem for Mankind was released. The band played at several notable festivals such as Wacken Open Air (2017) and Rock Hard Festival (2018).