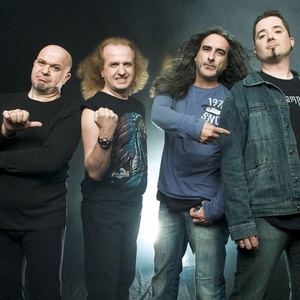 Barón Rojo (Spanish pronunciation: [baˈɾon ˈroxo]) are a Spanish heavy metal band, who reached some international success in the 1980s. The band is led by siblings Carlos and Armando de Castro, previously from the band Coz, and it is considered one of the most important representatives of Spanish hard rock bands. "Barón Rojo" in Spanish is "Red Baron", the name of the band is an homage to Manfred von Richthofen, and the eponymous song "Barón Rojo" is about him.
They were ranked number 18 on Rolling Stone's "50 Greatest Spanish rock bands".