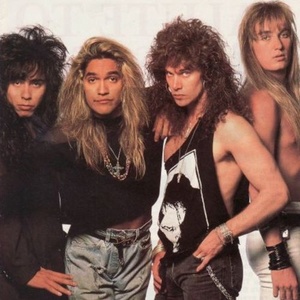 Concert Bulletboys in Venue on 16th

BulletBoys is an American heavy metal group. The band was formed in Los Angeles, California in 1986. The group's original lineup was composed of former Ratt and Kagny and the Dirty Rats guitarist/King Kobra lead vocalist Marq Torien (vocals), former King Kobra guitarist Mick Sweda, Lonnie Vencent (bass) and Jimmy D'Anda (drums, percussion). The group released two successful albums and had a number of singles featured on MTV between 1988 and 1991. From the 1990s onward, the group went through numerous lineup changes, with the exception of Torien who remained the only consistent member, which featured musicians such as Steven Adler (ex Guns N' Roses, later of Adler's Appetite) and DJ Ashba (ex Beautiful Creatures, Sixx:A.M. and Guns N' Roses) among others. The original band reunited for one show in December 2011.
To date, the band has released eight studio albums, BulletBoys (1988); Freakshow (1991); Za-Za (1993); Acid Monkey (1995); Sophie (2003); 10c Billionaire (2009), Rocked and Ripped (2011), and Elefanté (2015), as well as the live album Behind the Orange Curtain (2007).