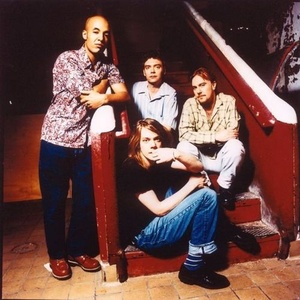 You have a great opportunity to see Soul Asylum, on April 15, 2020 at Book Soup in West Hollywood, CA.

Soul Asylum is an American alternative rock band formed in 1981 in Minneapolis, Minnesota. The band began using their official name in 1983..
The band originally formed in 1981 under the name Loud Fast Rules, with a lineup consisting of Dave Pirner, Dan Murphy, Karl Mueller, and Pat Morley. Morley was replaced by Grant Young in 1984. The band recorded three albums with Twin/Tone Records and two with A&M Records, with little commercial success. In 1992, they released the triple-platinum album Grave Dancers Union, featuring their Grammy Award–winning single "Runaway Train". The band played at the inauguration of President Bill Clinton early the next year. They also scored a platinum record with the album Let Your Dim Light Shine three years later.
In 1998 they recorded Candy from a Stranger. Mueller was diagnosed with cancer in 2004, and the band organized a benefit concert on his behalf. Mueller died a year later.
In 2006 the band released The Silver Lining. Their most recent effort is Change of Fortune, released on March 18, 2016.