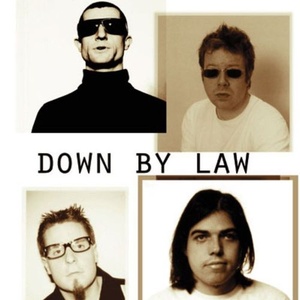 Concert Down By Law in Alex's Bar

About artist Down By Law

Down by Law is a punk rock band formed in 1989 by former All frontman Dave Smalley, who is the only original member. The band has recorded 7 studio albums. They stayed on Epitaph Records until 1998 and have since switched to other labels. Down by Law has never achieved substantial commercial success, but a number of largely popular acts cite them as influential, and they have an underground following. After several lineup changes, the band went on hiatus from touring and recording in 2003, but resurfaced in 2008 before beginning work on new material and embarking on their first tour in six years in 2009. In 2017 the band reunited their acclaimed punkrockacademyfightsong lineup and are currently active and touring.