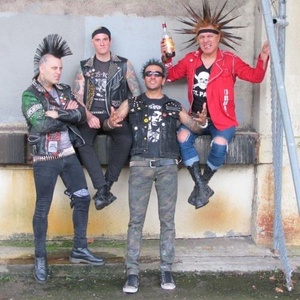 Concert The Casualties in The Cambie

You have a great opportunity to see The Casualties, on April 13, 2020 at The Cambie in Nanaimo.

About artist The Casualties

The Casualties in 2006
The Casualties are an American street punk band which was formed in New York City, New York in 1990. It was formed by vocalist Jorge Herrera, Hank (guitar), Colin Wolf (vocals), Mark Yoshitomi (bass) and Yureesh Hooker (drums). On july 11, 2017 it was announced on the band's Facebook page, that Original frontman Jorge Herrera had officially retired from Touring. The band as of July 2017 consists of members Jake Kolatis (Guitarist), Marc Meggers (Drums), Rick Lopez (Bassist), and David Rodriguez (Vocals).