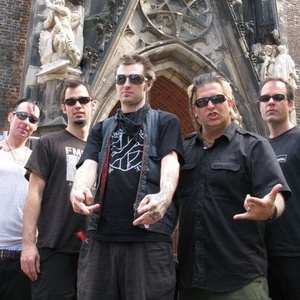 You have a great opportunity to see Leftöver Crack, on April 27, 2020 at The Black Sheep in Colorado Springs, CO.

Leftöver Crack is an American punk rock band formed in 1998, following the breakup of Choking Victim. The band is currently signed to Fat Wreck Chords for CD releases, and Alternative Tentacles for vinyl releases. The band consists of Scott Sturgeon (vocals), Brad Logan (guitar), Alec Baillie (bass guitar), Donny Morris (drums) Chris Mann (guitar) Leftöver Crack spans several different music genres including hardcore punk, ska, and crust punk. They write mostly political lyrics of a radical leftist nature, opposing religion, capitalism, and authority. Members of Leftöver Crack reside in the C-Squat on 155 Avenue C in the Lower East Side of Manhattan, New York City. Natives of New York City, band members have a well-documented history of back-and-forth conflict with the NYPD which precedes the band's formation. The name "Leftöver Crack" is explained by Stza as being "an oxymoron", based on the idea that crack cocaine addicts are known for vigorous use, and are unlikely to have any "leftover" crack.