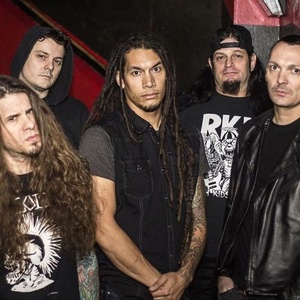 You have a great opportunity to see Snot, on April 1, 2020 at SoundBar. in Orlando, FL.

Snot is an American rock band from Santa Barbara, California. Formed in 1995, the band released their debut studio album Get Some with founding vocalist Lynn Strait in 1997 and disbanded after his death in 1998. In 2008, the lineup of guitarists Mike Doling and Sonny Mayo, bassist John Fahnestock and drummer Jamie Miller reunited. In 2009, a new band, Tons, was formed, with Brandon Espinoza as vocalist. As of February 2014, Snot has reformed again.