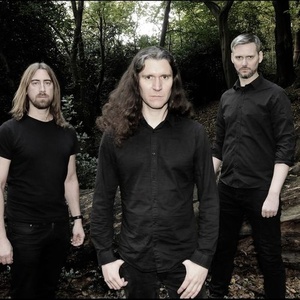 Fen is a British post-black metal band formed in 2006 from the Fens of East Anglia signed to the label Code666. Their Myspace page reports that they "draw the listener into a windswept and desolate landscape, bereft of hope". In 2006 they recorded the Ancient Sorrow EP (released on both CD and vinyl) and January 2009 saw the release of the first full length album The Malediction Fields under the CODE666 record label. In 2011 they released the second studio album Epoch (also CODE666 records), gaining positive reviews in leading magazines Metal Hammer (8/10) and Terrorizer magazine (7.5/10). The album was launched at the Bull & Gate venue in London with support from Old Corpse Road on 11 February 2011.