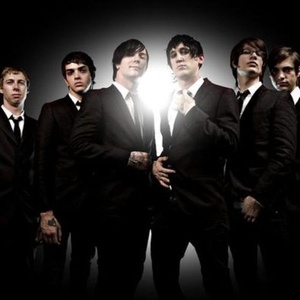 You have a great opportunity to see Alesana, on April 3, 2020 at Empire Control Room & Garage in Austin, TX.

Alesana (/ˌælɪsˈænə/ AL-is-AN-ə) is an American post-hardcore band from Raleigh, North Carolina. Formed in 2004, the group is currently signed to Revival Recordings and Artery Recordings and have released two EPs and five full-length studio albums. The band gained a wide audience after their debut, On Frail Wings of Vanity and Wax was released, featuring a musical style shifting between light and heavy sounds along with a wide influence ranging to even classic rock bands such as the Beatles. Their audience grew majorly after the release of their third album, The Emptiness, which released in early-2010. Their band name is derived from street named Aliceanna Street, which was the street that vocalist/guitarist Shawn Milke and guitarist Patrick Thompson (who is also the guitarist for Versus Me) grew up on, in Baltimore where all the members originally formed the band.