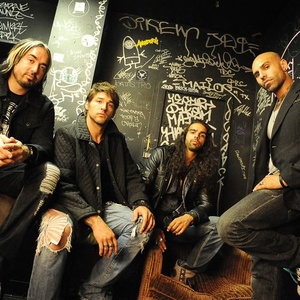 OTHERWISE hits the road in March to support their latest Album release 'DEFY' and current top 30 single (and climbing) 'LIFTED'. Don't miss out on some of these intimate venues where you get an up close experience with a band well known for their LIVE performances. In addition, The Black Moods, will provide main support with their top 30 single 'Whatcha Got'. SAUL an incredible up and coming band will open the show. SAUL is also climbing the charts with their top 40 single 'Trial By Fire'.

Otherwise, stylized as OTHERWISE, is an American hard rock band from Las Vegas, Nevada. They have released two full-length albums on the independent label Century Media Records, titled True Love Never Dies (2012) and Peace at All Costs (2014). Previous to signing their record deal with Century Media, as an unsigned band they released one self-titled full-length album (2006) and one EP titled Some Kind of Alchemy (2009).