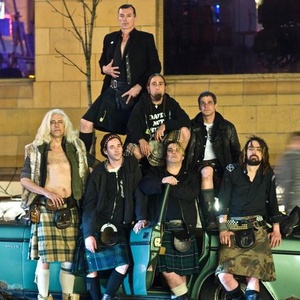 Concert The Real McKenzies in The Krossing

You have a great opportunity to see The Real McKenzies, on March 15, 2020 at The Krossing in Red Deer.

About artist The Real McKenzies

The Real McKenzies is a Canadian Celtic punk band founded in 1992 and based in Vancouver, British Columbia. They are one of the founders of the Celtic punk movement, albeit 10 years after The Pogues.
In addition to writing and performing original music, Real McKenzies perform traditional Scottish songs, giving them a new punk-influenced sound. They have shared stages with many other bands including Rancid, Shane MacGowan, DragStrip Riot, NOFX, Flogging Molly, Xcrosscheckx, The Misfits, Metallica, and Voodoo Glow Skulls.