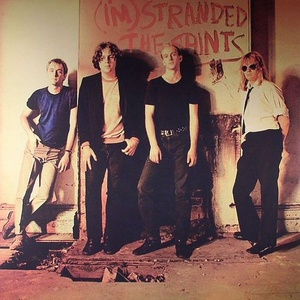 In the Choir’s final appearance of the 2019-20 season, Concerts at Saint Thomas presents some of the finest homegrown choral and organ music written in recent years. Come and be both surprised and edified by the glorious music of Calvin Hampton, Leo Sowerby (the Dean of 20th century Episcopal music), Paul Creston, former chorister Julian Wachner, Peter Hallock, Nico Muhly, Jake Runestad, Josh Fishbein and others.

About artist The Saints

The Saints are a rock band, originating in Brisbane, Australia founded by Chris Bailey (singer-songwriter, later guitarist), Ivor Hay (drummer), and Ed Kuepper (guitarist-songwriter) in 1974. Alongside mainstay Bailey, the group has had numerous line-ups. In 1975, contemporaneously with American punk rock band the Ramones, The Saints were employing the fast tempos, raucous vocals and "buzz saw" guitar that characterised early punk rock. With their debut single, "(I'm) Stranded", in September 1976, they became the first "punk" band outside the US to release a record, ahead of better-known acts including the Sex Pistols and The Clash. They are one of the first and most influential groups of the genre.
In early 1979, the Saints had imploded, leaving Bailey to continue the band, with a variable line-up. All Fools Day peaked in the Top 30 on the Australian Kent Music Report Albums Chart in April 1986. Bailey also has a solo career and had relocated to Sweden by 1994. The band was inducted into the Australian Recording Industry Association (ARIA) Hall of Fame in 2001.
The Saints continue to record and perform. In 2014 Bruce Springsteen covered their classic "Just Like Fire Would" on his High Hopes album.