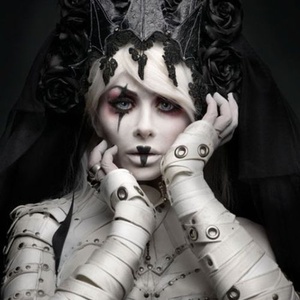 Concert September Mourning in The Fire

You have a great opportunity to see September Mourning, on Feb. 23, 2020 at The Fire in Philadelphia, PA.

September Mourning is a transmedia dark culture project created by Emily Lazar and Marc Silvestri. The project centers on the fictional concept of a human-grim reaper hybrid named September (Lazar), as she navigates the world of the living and the world of the dead, her human side possessing the empathy to give some human souls a second chance. The story is presented on different media platforms, including music, comic books, and live concerts. The comic books are published by Top Cow Productions Image Comics.