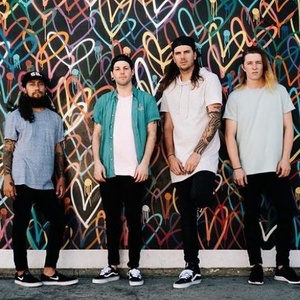 Secrets (stylized as SECRETS) is an American band from San Diego, California, formed in 2010. After being signed to Rise Records in 2011, Secrets released their debut full-length album, The Ascent, in January 2012. The record debuted at #3 on the Billboard Heatseekers Chart and became the first Velocity Records release to appear on the Billboard Top 200, debuting at #185.
After going through line-up changes in 2013, the band released their second album, Fragile Figures in July. The album was a success, selling over 10,000 copies in the first month and charting at #59 on the Billboard 200 chart.