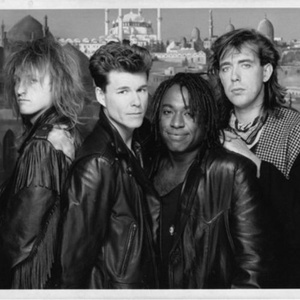 You have a great opportunity to see Big Country, on Feb. 9, 2020 at Kimo Theatre in Albuquerque, NM.

Big Country is a Scottish rock band formed in Dunfermline, Fife, in 1981.
The height of the band's popularity was in the early to mid 1980s, although it retained a cult following for many years after. The band's music was most recognisable for the sounds it infused with Scottish folk and martial music styles, as well as for playing and engineering their guitar driven sound to evoke the inspirational spirit of bagpipes, fiddles and other traditional folk instruments.