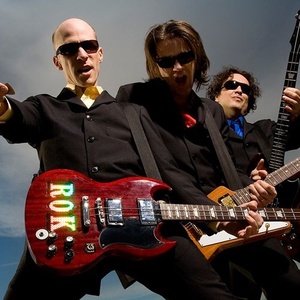 You have a great opportunity to see Firewater, on Dec. 20, 2019 at Black Sparrow Music Parlor in Taylor, TX.

Firewater is an American band founded by former Cop Shoot Cop frontman Tod A. in New York City in 1995.
A self-described "world punk" band, Firewater incorporate many diverse elements of world music with punk rock rhythms, including cabaret, ska, jazz, folk and most notably Eastern European influences such as klezmer and gypsy music, which has led to their inclusion in the gypsy punk genre.
As of late 2012, Firewater has released seven studio albums and has seen some success, particularly in Europe and on United States college radio stations. They are currently signed to Bloodshot Records.