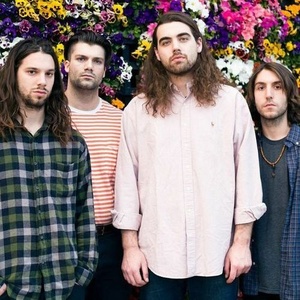 Turnover is an American rock band from Virginia Beach, Virginia. Formed in 2009, the band is signed with the Run for Cover Records label. Turnover has released three albums, two EPs and a handful of singles. The band has toured extensively, both in America and internationally, usually as a supporting act.