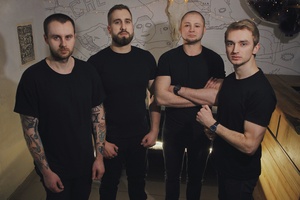 You have a great opportunity to see Dysphoria, on Dec. 28, 2019 at Beat Kitchen in Chicago, IL.

Dysphoria - is a Ukrainian deathcore band from Kiev. Formed in 2010, they released three full-length albums one single and three music videos. Dysphoria play an extreme metal musical style known as deathcore, which is a fusion between the genres death metal and metalcore. Their style is also heavily influenced by technical death metal or mathcore, because of the fast, technical riffs, varied speed changes and complex time signatures in the band's music. The vocalist fluctuates between death growls and high-pitched screamed vocals. The drumming is very fast-paced and uses double bass drumming and blast beats.