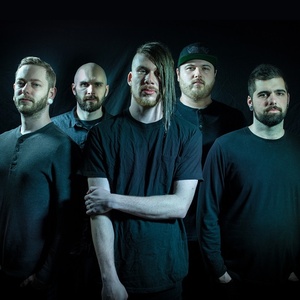 You have a great opportunity to see Ænimus, on May 8, 2015 at Roxy Theatre in Denver, CO.

Ænimus hail from the birthplace of Thrash and the legendary Circle Pit… the Bay Area in Northern California. Since their inception in late Summer 2010, the band has released a 3 song demo while writing their debut full length, had their song 'The Grasp of Ruin' featured in the video game 'Supremacy MMA,' premiered a 4th track entitled 'Inertia' via Heavy Blog is Heavy, and followed that up with a lyric video for 'Inertia' which they launched via their Official YouTube channel. They have also managed to secure several Gear Endorsements and Clothing Sponsorships along the way, and coupled with the cross promotion from those companies, Ænimus have used the web and social media to effectively market and promote themselves even further, building up a solid, supportive global fanbase in the process.

Outside of social media and the web, Ænimus have had the opportunity to support the likes of Origin, Cattle Decapitation, Aborted, Battlecross, Fallujah, Severed Savior and more. They also successfully completed their own EMG Pickups/Heavy Blog Is Heavy sponsored Groove It Or Lose It West Coast Tour in April/May 2013, as well as a short run of California dates, dubbed 'Still Grooving,' in late June, and most recently had a successful second regional run on the 'Transcend Reality' Tour that ran from August 2 - August 10, 2013.

The band's debut full length album, Transcend Reality, was recorded, mixed and mastered by producer/engineer Nick Botelho (Deadly Remains, Hatchet, The Kennedy Veil) at NB Recording in Santa Rosa, CA. The album contains 13 tracks and features a guest vocal performance from Eddie Hermida (All Shall Perish) on the track "Heavy Lies the Crown." Transcend Reality was released on August 6, 2013.