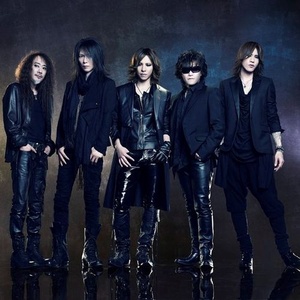 You have a great opportunity to see X Japan, on Dec. 4, 2015 at Yokohama Arena in Yokohama.

X Japan (Japanese: エックス・ジャパン, Hepburn: Ekkusu Japan) is a Japanese heavy metal band from Chiba, formed in 1982 by drummer Yoshiki and lead vocalist Toshi. Predominantly a power/speed metal band with heavy symphonic elements, they later gravitated towards a progressive sound with an emphasis on ballads. Besides being one of the first Japanese acts to achieve mainstream success while on an independent label, the group is widely credited as one of the pioneers of visual kei, a movement among Japanese musicians comparable to Western glam.
Originally named X (エックス, Ekkusu), they released their debut album Vanishing Vision (1988) on Yoshiki's own Extasy Records a year after finalizing their line-up including bassist Taiji, lead guitarist hide and rhythm guitarist Pata. They achieved breakthrough success in 1989 with the release of their second and major debut album Blue Blood. Following 1991's Jealousy, Taiji left the band in early 1992. He was replaced by Heath and the group changed their name to X Japan before producing the mini album Art of Life (1993), which is composed solely of the 29-minute title track. In 1995 the group dropped most of its original visual kei aesthetics in favor of a more casual look and released Dahlia (1996), which like their two previous albums debuted at number one. X Japan performed their last concert at the Tokyo Dome on December 31, 1997, making it the last of five consecutive sold-out New Year's Eve concerts the group held at the stadium.
After ten years, X Japan reunited in 2007 and recorded the new song "I.V.". Over the next two years they performed several concerts, including their first overseas show in Hong Kong, and formally added Sugizo as lead guitarist in place of hide, who died in 1998, before holding a North American tour in 2010. In 2011, the band went on their first world tour throughout Europe, South America and Asia.
X Japan has released five studio albums, six live albums, and 21 singles. In 2003, HMV Japan ranked the band at number 40 on their list of the 100 most important Japanese pop acts. In 2007, Rolling Stone Japan ranked Blue Blood number 15 on its list of the 100 Greatest Japanese Rock Albums of All Time. In 2017, Loudwire named X Japan the Best Metal Band from Japan. It has been reported that X Japan have sold over 30 million records.