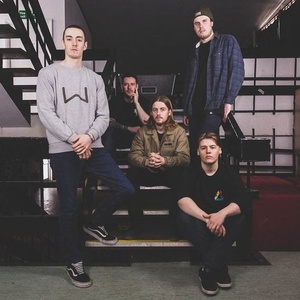 Trash Boat is a British pop punk band formed in St Albans in 2014. The group consists of lead vocalist Tobi Duncan, guitarists Dann Bostock and Ryan Hyslop, bass guitarist James Grayson, and drummer Oakley Moffatt.
The group has released two EPs; one was released independently in 2014 while the other was released after signing with Hopeless Records in 2015. The band's debut album, Nothing I Write You Can Change What You've Been Through, was released on 17 June 2016.