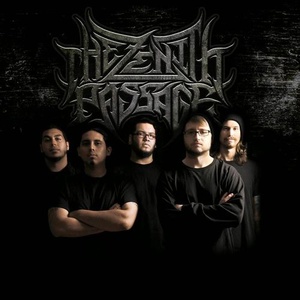 You have a great opportunity to see The Zenith Passage, on June 2, 2014 at Club Red - East Theater in Mesa, AZ.

About artist The Zenith Passage

The Zenith Passage is an American technical death metal band from the Los Angeles, California founded in 2012. They are currently signed to Unique Leader Records. To date they have released one EP, Cosmic Dissonance, and one LP, Solipsist. They are closely linked with fellow Los Angeles Technical Death Metal band The Faceless. The Zenith Passage's Justin McKinney would join The Faceless to play guitar in 2015, replacing Wes Hauch, who contributed his own guitar work and composition to the song "Hypnogogia" on the band's debut album "Solipsist" was produced in part by The Faceless' Michael Keene.
The band are currently on tour as part of Metal Sucks Devastation of the Nation tour, supporting Cryptopsy and Decrepit Birth.