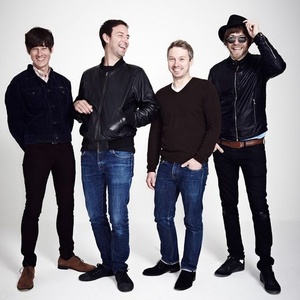 Concert The Rifles in KOKO

About artist The Rifles

The Rifles are an English indie rock band from Chingford, London.
Their debut album No Love Lost was released on 17 July 2006 and reached No. 68 in the UK charts. The band currently consists of Joel Stoker (vocals, guitar), Lucas Crowther (guitar, vocals), Rob Pyne (bass guitar), Grant Marsh (drums) and Dean Mumford (keyboard). Their follow-up album, Great Escape, was released on 26 January 2009 and came in at No. 27 in the UK charts. Their third album Freedom Run was released on 19 September 2011 reaching No. 37 in the UK. Fourth album None The Wiser was their highest charting release when it reached No. 21 in 2014. The band have released their fifth studio album Big Life on 19 August 2016.