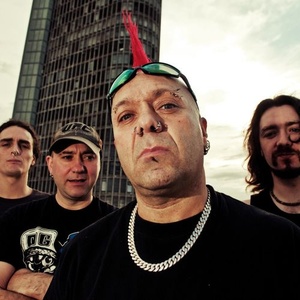 1979, and Wattie Buchan and his mates were seriously p***ed off. Angry at what was happening around them - a country in disarray, greedy politicians treating the people like s**t; and with Johnny Rotten’s prediction of “No Future” truer by the day, there was only one way forward – embrace the music that had given you so much and give it something back… your entire life!
The Exploited are just as relevant today as they were in 1979 and with the band’s loyal squadron of fans The Barmy Army in tow, The Exploited are set to unleash 40 years of fury, anarchy and chaos upon Australian and New Zealand.

About artist The Exploited

The Exploited are a Scottish punk rock band from Edinburgh, Scotland, formed in 1979, in Edinburgh by Stevie Ross and Terry Buchan and later by ex-soldier Wattie Buchan (Terry's brother). They signed to Secret Records in March 1981, and that year released their debut EP Army Life.
The album Punks Not Dead followed that year. The band maintained a large cult following in the 1980s among a hardcore working class punk and skinhead audience. Their songs have been covered by Slayer and Ice-T, and despite many lineup changes, Wattie has remained as the Exploited's singer and leader.