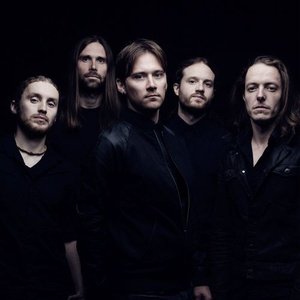 Concert of TesseracT in Foro Indierocks!

Tesseract (often stylized as TesseracT) are a British progressive metal band from Milton Keynes, England. The band, formed in 2003, consists of Daniel Tompkins (lead vocals), Alec "Acle" Kahney (lead guitar & producer), James Monteith (rhythm guitar), Amos Williams (bass, backing vocals), and Jay Postones (drums, percussion). The band is currently signed to Kscope. They are credited as one of the bands to pioneer the djent movement in progressive metal. As of 2015, Tesseract have released three studio albums: One, Altered State, and Polaris, as well as a live album, Odyssey/Scala, and the extended plays Concealing Fate, Perspective and Errai.

Zacatecas 39, Roma Nte., 06700 Mexico City, CDMX, Mexico
Mexico City, Mexico
See all rock & metal events in Foro Indierocks!
You may also like
{"location":"City", "band":"Band name", "genre": "Genres", "place":"Place", "event":"Festivals in"}
{"message":"We use cookies to enhance your experience. By continuing to visit this site you agree to our use of cookies.","info":"More info", "link":"https://en.wikipedia.org/wiki/Cookie" }