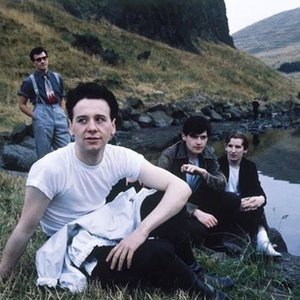 Concert of Simple Minds in Columbiahalle

Simple Minds celebrate 40 iconic years in music by embarking upon a major world tour in 2020.
They are also releasing two new albums, with 40 tracks on each to celebrate the 40 years!
A brand new LIVE album ‘Live In the City Of Angels’ is out now and a brand new, career-spanning compilation '40: The Best Of – 1979-2019' will be released on November 1st.
Tickets for this show are on sale now! (inc. VIP packages where available)

Simple Minds are a Scottish rock band that formed in Glasgow in 1977. The most commercially successful Scottish band of the 1980s, they have achieved five UK number one albums during their career and have sold over 70 million records worldwide. Despite various personnel changes, they continue to record and tour.
The band scored a string of hit singles, becoming best known internationally for their 1985 hit "Don't You (Forget About Me)" (UK #7, US #1, CAN #1), from the soundtrack of the film The Breakfast Club. Their other more prominent hits include "Alive and Kicking" (UK #7, US #3, CAN #3) and "Belfast Child" (UK #1, IRE #1, NLD #1). In 2016, they won the British Academy's Ivor Novello Award for Outstanding Song Collection.
The core of the band is the two remaining founding members – Jim Kerr (vocals, songwriting) and Charlie Burchill (guitars, keyboards after 1990, other instruments, songwriting). The other current band members are Andy Gillespie (keyboards), drummer Mel Gaynor (who first joined the band in 1982) and Ged Grimes (bass guitar). Former members include bass guitarist Derek Forbes, drummer Brian McGee, and keyboardist Mick MacNeil.

Columbiadamm 13-21, 10965 Berlin, Germany
Berlin, Germany
See all rock & metal events in Columbiahalle
You may also like
{"location":"City", "band":"Band name", "genre": "Genres", "place":"Place", "event":"Festivals in"}
{"message":"We use cookies to enhance your experience. By continuing to visit this site you agree to our use of cookies.","info":"More info", "link":"https://en.wikipedia.org/wiki/Cookie" }