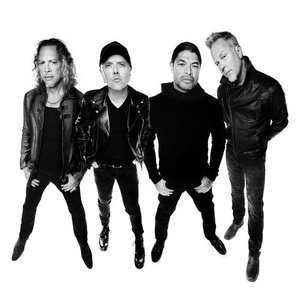 You have a great opportunity to see Metallica, on April 15, 2020 at Estadio Nacional Julio Martínez Prádanos in Santiago.

Metallica is an American heavy metal band based in San Rafael, California. The band was formed in 1981 in Los Angeles when vocalist/guitarist James Hetfield responded to an advertisement posted by drummer Lars Ulrich in a local newspaper. Metallica's current lineup comprises founding members Hetfield and Ulrich, longtime lead guitarist Kirk Hammett, and bassist Robert Trujillo. Guitarist Dave Mustaine (who went on to form Megadeth) and bassists Ron McGovney, Cliff Burton, and Jason Newsted are also former members of the band.
The band's fast tempos, instrumentals, and aggressive musicianship placed them as one of the founding "big four" bands of thrash metal, alongside Megadeth, Anthrax, and Slayer. Metallica earned a growing fan base in the underground music community and won critical acclaim with its first four albums; their third album Master of Puppets (1986) was described as one of the most influential and heaviest of thrash metal albums. The band expanded its musical direction and achieved substantial commercial success with its eponymous fifth album Metallica (1991), which appealed to a more mainstream audience. The album was also their first to debut at number one on the Billboard 200, a success that they also achieved on their following five studio albums. In 2000, Metallica joined with other artists who filed a lawsuit against Napster for sharing the band's copyright-protected material without consent. A settlement was reached and Napster became a pay-to-use service. The release of St. Anger (2003) alienated fans with the exclusion of guitar solos and the "steel-sounding" snare drum, and a film titled Some Kind of Monster documented the recording of St. Anger and the tensions within the band during that time. The band returned to its original musical style with the release of Death Magnetic (2008), and in 2009, Metallica was inducted into the Rock and Roll Hall of Fame. After touring for most of the next eight years, the band followed up with the double album Hardwired... to Self-Destruct (2016), which demonstrated examples from some of the different musical styles that the band has dabbled in throughout its career. To promote the album, the band released music videos for all 13 new songs on the deluxe edition of the album; prior to the album's release, the band had only released 26 music videos in their career.