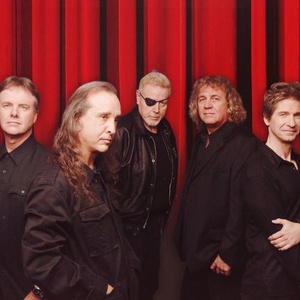 You have a great opportunity to see Kansas, on March 18, 2020 at Harold J. Miossi Hall in San Luis Obispo, CA.

Kansas is an American rock band that became popular in the 1970s initially on album-oriented rock charts and later with hit singles such as "Carry On Wayward Son" and "Dust in the Wind". The band has produced eight gold albums, three multi-platinum albums (Leftoverture, Point of Know Return, The Best of Kansas), one platinum live album (Two for the Show) and a million-selling single, "Dust in the Wind". Kansas appeared on the Billboard charts for over 200 weeks throughout the 1970s and 1980s and played to sold-out arenas and stadiums throughout North America, Europe and Japan. "Carry On Wayward Son" was the second-most-played track on US classic rock radio in 1995 and No. 1 in 1997.