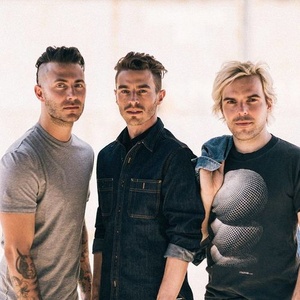 Concert New Politics in Heaven at The Masquerade

New Politics is a Danish rock band from Copenhagen, formed in 2009. It currently consists of David Boyd, Søren Hansen, and Louis Vecchio. The band's sound has been described as a blend of "punk, pop, and electronically induced dance rock". They have released three albums: New Politics in 2010, A Bad Girl in Harlem in 2013 and Vikings in 2015 and are best known for their singles "Yeah Yeah Yeah" and "Harlem".

Heaven at The Masquerade