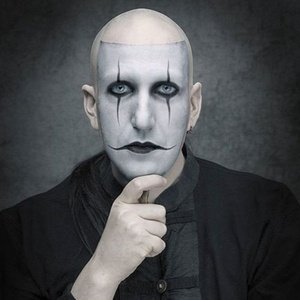 The band's logo
ASP is a German gothic metal band from Frankfurt am Main formed in 1999. The name is identical to the pseudonym of the band's leader Asp (Alexander Spreng), and is pronounced as one word (like the snake).
Alexander „Asp“ Spreng at the Rockharz Open Air 2016