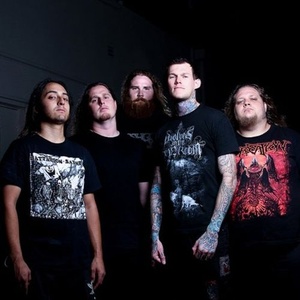 Concert Carnifex in The Ritz

Carnifex is an American deathcore band from San Diego County, California. Formed in 2005, they are currently signed to Nuclear Blast after having been signed to Victory Records. They have released six full-length albums and one EP. The name of the band is derived from the Warhammer 40,000 Tyranids monster the "Carnifex".