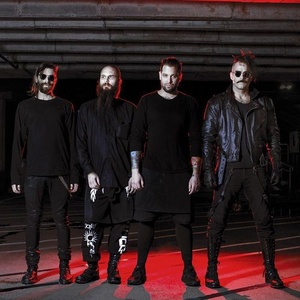 You have a great opportunity to see 3Teeth, on Feb. 25, 2020 at Nachtleben in Frankfurt.

3Teeth (stylized as 3TƎETH) is an American Industrial band from Los Angeles, California, United States. Forming in 2013, the band consists of vocalist Alexis Mincolla, guitarist Chase Brawner, Keyboardist Xavier Swafford, and drummer Andrew Means. Their self-titled debut album was released in 2014 and reached the number eight spot on ITunes Electronic Music Chart. The band is known for their use of menacing visuals during live performances.
The band was selected by Tool to be their supporting act on their 2016 North American tour. The group opened for German band Rammstein in the summer of 2017.