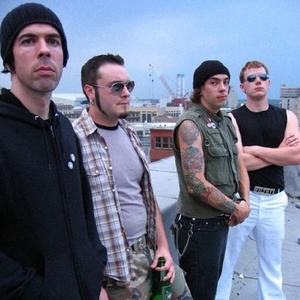 About artist The Suicide Machines

The Suicide Machines are an American punk rock band formed in March 1991 in Detroit, Michigan and disbanded in May 2006. Since 2009, the band has occasionally played reunion shows. During the course of their career the band released six full-length albums on the labels Hollywood Records and Side One Dummy Records. Though they experienced several lineup changes over the years, founding members Jason Navarro and Dan Lukacinsky remained regular fixtures. The band's musical style initially blended elements of punk rock, ska, and hardcore into a genre popularly known as ska punk or "ska-core," which characterized their first two albums. During the middle of their career they shifted gears, moving away from this sound and producing two albums with a heavy pop rock influence. Their final two albums moved back towards their mid-1990s style, bringing back heavy ska punk and hardcore elements.
Despite being signed to a major record label for their first four albums, The Suicide Machines did not experience significant mainstream success. However, they did achieve a relatively high level of underground recognition through relentless touring, including multiple performances on the Warped Tour. This trend continued when the band moved to an independent label for their last four years, before their breakup brought an abrupt end to the band's career.