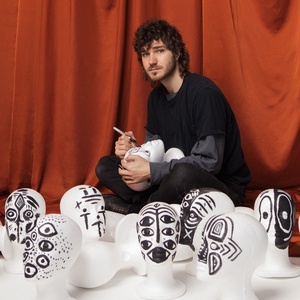 Upcoming events near: 5
Subscribers:  0
My Rock Shows — search for concerts and buy tickets in more than 50 countries.
Join us
Sign in
Follow us on social media

Here you can find all upcoming Covey concerts. If the concert schedule is not right, please contact us and we will add a gig of Covey in 2022 or 2023 in our database.

Click the "Subscribe" button and get notified by MyRockShows about Covey upcoming events. Explore this page to find details of upcoming events of Covey, including the venue address and tickets cost.

Brooklyn-based folk-rock project Covey is the creation of British multi-instrumentalist and vocalist Tom Freeman. Upon relocating to the US and landing in Boston for school in 2010, Covey was eventually conceived, drawing inspiration from artists like Neutral Milk Hotel, The Smiths and Nick Drake. Covey has since toured with national touring artists such as Hozier, Lighthouse and The Whaler, SOAK, and Vagabon, and has played countless headline shows across the country. Covey’s second album, Some Cats Live. Some Cats Die was released in May of 2019 on AntiFragile Music.