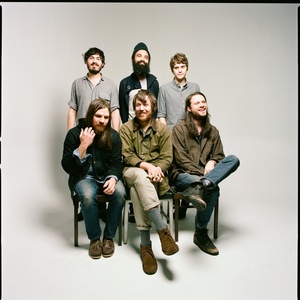 Upcoming events near: 14
Subscribers:  1
My Rock Shows — search for concerts and buy tickets in more than 50 countries.
Join us
Sign in
Follow us on social media

Here you can find all upcoming Fleet Foxes concerts. If the concert schedule is not right, please contact us and we will add a gig of Fleet Foxes in 2022 or 2023 in our database.

Click the "Subscribe" button and get notified by MyRockShows about Fleet Foxes upcoming events. Explore this page to find details of upcoming events of Fleet Foxes, including the venue address and tickets cost.

Led by Pecknold, Fleet Foxes came to prominence in 2008 with the release of their second EP Sun Giant and their debut album Fleet Foxes on Sub Pop. The band went on to release the studio albums Helplessness Blues (2011), Crack-Up (2017), and Shore (2020), all of which received widespread acclaim. Though the band has received modest commercial success, their work has been highly hailed by music critics, who have praised their lyricism, somber productions, and often noted the band's use of refined instrumentation and vocal harmonies. The band's eponymous debut album was ranked by Rolling Stone among the best of the decade and was also included in the book 1001 Albums You Must Hear Before You Die. The band has been nominated for two Grammy Awards, the first for Best Folk Album in 2012 for Helplessness Blues and the second for Best Alternative Music Album in 2022 for Shore.