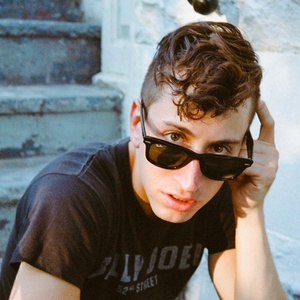 Upcoming events: 0
Subscribers:  1
My Rock Shows — search for concerts and buy tickets in more than 50 countries.
Join us
Sign in
Follow us on social media

Here you can find all upcoming Des Rocs concerts. If the concert schedule is not right, please contact us and we will add a gig of Des Rocs in 2022 or 2023 in our database.

Click the "Subscribe" button and get notified by MyRockShows about Des Rocs upcoming events. Explore this page to find details of upcoming events of Des Rocs, including the venue address and tickets cost.

Filter by countries
All
See past events of Des Rocs →

There are no upcoming events of Des Rocs, you might be interested in the following events nearby:

Des Rocs has toured with rock bands such as Muse, The Rolling Stones, and The Struts. Influences for Rocco include Muse, Elvis Presley, Jimi Hendrix, Roy Orbison, Kanye West, and Queen, though Rocco's focus is individuality and sounding unlike other rock artists.

Blues Rock Psychedelic Rock
They are subscribed to this band in