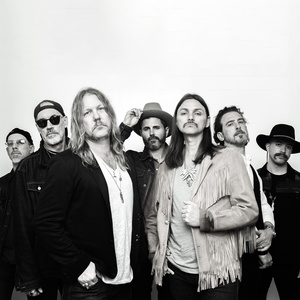 Upcoming events: 36
Subscribers:  0
My Rock Shows — search for concerts and buy tickets in more than 50 countries.
Join us
Sign in

In November 2018 Devon Allman and Duane Betts , the sons of Gregg Allman and Dickey Betts announced the formation of The Allman Betts Band. They kicked off 2019 with a new Allman Betts Band album and a worldwide tour that features new music, songs from their solo projects and classic Allman Brothers and Gregg Allman tunes in honor of the 50th Anniversary of The Allman Brothers Band.