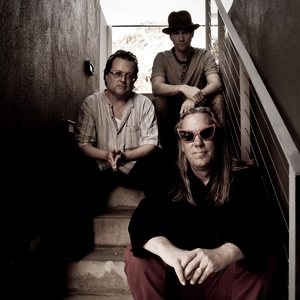 Upcoming events: 0
Subscribers:  13
My Rock Shows — search for concerts and buy tickets in more than 50 countries.
Join us
Sign in
Follow us on social media

Here you can find all upcoming Violent Femmes concerts. If the concert schedule is not right, please contact us and we will add a gig of Violent Femmes in 2022 or 2023 in our database.

See past events of Violent Femmes →

There are no upcoming events of Violent Femmes

Violent Femmes have released ten studio albums and 15 singles during the course of their career. The band found immediate success with the release of their self-titled debut album in early 1983. Featuring many of their well-known songs, including "Blister in the Sun", "Kiss Off", "Add It Up" and "Gone Daddy Gone", Violent Femmes became the band's biggest-selling album and was eventually certified platinum by the RIAA. Violent Femmes went on to become one of the most successful alternative rock bands of the 1980s, selling more than 9 million albums by 2005.[3] After the release of their third album The Blind Leading the Naked (1986), the band's future was uncertain and they split up in 1987, when Gano and Ritchie went solo. However, they regrouped a year later, releasing the album 3 (1989). Their fifth album Why Do Birds Sing? (1991) contains the fan favorite and concert staple "American Music". In 1993, founding drummer Victor DeLorenzo left the band, and the band released the compilation album Add It Up (1981–1993), while their 1994 album New Times introduce new drummer Guy Hoffman to the lineup. A number of albums were released with this lineup throughout the 1990s, then DeLorenzo rejoined the band in 2002 for what was to be a farewell tour. The band stopped releasing new albums, though a number of compilation albums were released in the early 2000s, along with a few one-off songs. Some controversy over the licensing of the band's songs for commercial use led to an official break-up in 2009, though the band re-formed in 2013, and have since released two more studio albums of new material: We Can Do Anything (2016) and Hotel Last Resort (2019).

Folk Punk
They are subscribed to this band in