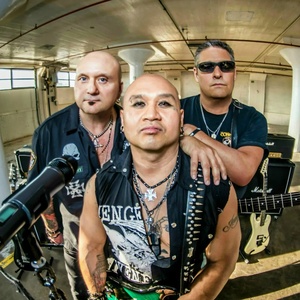 Here you can find all upcoming Drama Queen concerts. If the concert schedule is not right, please contact us and we will add a gig of Drama Queen in 2021 or 2022 in our database.

DRAMA QUEEN is an all-original commercial Hard Rock band out of Rockford, IL. Drama Queen's songs are very marketable COMMERCIAL HARD ROCK - “very catchy”, sell-able and appealing to the 80's Hard Rock fan base. With over 20 million plays on SoundCloud and currently in rotation on multiple radio stations throughout the world, Drama Queen's music is being heard everywhere.