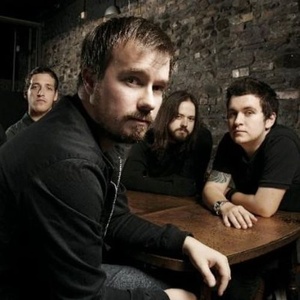 Upcoming concerts: 14
My Rock Shows — search for concerts and buy tickets in more than 50 countries.
Join us

Click Subscribe to track Funeral For A Friend on My Rock Shows. We'll notify you about new dates!

About Funeral For A Friend

Funeral for a Friend were a Welsh post-hardcore band from Bridgend, formed in 2001. At the time of their disbandment, their final line-up consisted of lead vocalist Matthew Davies-Kreye, guitarists Kris Coombs-Roberts and Gavin Burrough, bassist Richard Boucher and drummer Casey McHale.
Funeral for a Friend's popularity rose in the United Kingdom with the release of their debut album, Casually Dressed & Deep in Conversation (2003). Achieving both a gold certification and three top twenty singles in their home country, Casually Dressed & Deep in Conversation is often acclaimed as one of the landmark emo records of the 2000s. Hours (2005) featured a similar musical style to their debut, but also featured more melodic sensibilities, and Tales Don't Tell Themselves (2007) showed an evolution in Funeral for a Friend's musical style from the style which defined their debut, as the group began to diverge from their use of screaming vocals and post-hardcore influenced guitars, favouring a more melodic rock influence. These albums achieved gold and silver sales certificates respectively in the UK.
Funeral for a Friend self-released their fourth album, Memory and Humanity (2008) through their short-lived record label Join Us, the album arguably being their most eclectic to date. Following this the band tied themselves to other independent labels for Welcome Home Armageddon (2011) Conduit (2013), and Chapter and Verse (2015), which showed the band returning to the more metal and hardcore influenced style of their earlier work. In September 2015 they announced their break-up and final tour in 2016. On 21 May 2016, they played their last performance to a sold-out Forum in London.

From Autumn To Ashes