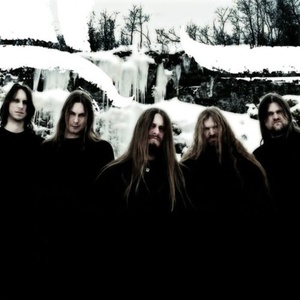 Upcoming concerts: 45
My Rock Shows — search for concerts and buy tickets in more than 50 countries.
Join us

Here you can find all upcoming Enslaved concerts. If the concert schedule is not right, please contact us and we will add a gig of Enslaved in 2021 or 2022 in our database.

Past events of band Enslaved →

Summer Dying Loud 2021
Line-up: Napalm Death, Anathema, Enslaved, Asphyx, Me And That Man, Night Demon ...
MOSIR im. Włodzimierza Smolarka, Gmina Aleksandrów Łódzki, Poland
Interested
0Going
Interested
Going 0
Not interested
We have no ticket information yet, subscribe to the event and we will notify you
No Information
I have a ticket:

Soulcruscher 2021
Line-up: Enslaved, Oranssi Pazuzu, Wiegedood, Schammasch, Hexis, Verwoed ...
Doornroosje, Nijmegen, Netherlands
Interested
0Going
Interested
Going 0
Not interested
We have no ticket information yet, subscribe to the event and we will notify you
No Information
I have a ticket:

Enslaved is a Norwegian extreme metal band formed by Ivar Bjørnson and Grutle Kjellson in Haugesund in June 1991. They are currently based in Bergen, Norway. Though the band's lineup has changed many times over the years, Bjørnson and Kjellson have been the sole constant members, and the lineup remained the same from 2004 to 2016. Following their 25th anniversary world tour, keyboardist/guitarist/vocalist Herbrand Larsen departed from the band after 12 years and six albums. He has since been replaced by Håkon Vinje.
To date, they have released thirteen full-length studio albums; the most recent of which, In Times, was released in 2015 on Nuclear Blast Records. The band's music draws heavily on the Viking cultural and religious heritage of their home country of Norway for inspiration, and most of the band's lyrics relate to Norse mythology. Though they began as a traditional black metal band their sound has undergone significant changes over time resulting in a more progressive sound. In 2014, Ivar Bjørnson and Einar Selvik (of Wardruna) were commissioned by the Norwegian government to create a musical piece in celebration of the 200th anniversary of the Norwegian constitution. This was later released as a studio album in 2016, which also featured Kjellson on vocals.
Singer Grutle Kjellson at the Wave-Gotik-Treffen 2016 in Germany

Black Metal
They track this band: