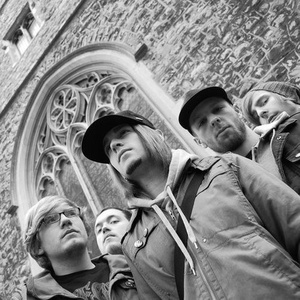 Upcoming events: 6
Subscribers:  0
My Rock Shows — search for concerts and buy tickets in more than 50 countries.
Join us

About Devil Sold His Soul

Devil Sold His Soul are an ambient influenced metalcore band from London, formed in 2004 and signed to Basick Records. Three members of the band used to be in Mahumodo. They released their debut studio album A Fragile Hope on 18 June 2007, after the release of their debut EP Darkness Prevails, produced by Mark Williams. The band released their second studio album Blessed & Cursed (mixed by Steve Evetts) on 18 June 2010. On 8 August 2010 they played at the Hevy Music Festival held near Folkestone, Kent, before embarking on a UK tour with Architects. In January 2011, the band announced that bassist Iain Trotter has left the band to pursue a career outside music. He was replaced by Jozef Norocky, former guitarist of Rinoa. In mid-March 2013, Ed Gibbs announced that he would be leaving the band to also pursue a career outside the band after the upcoming music festivals were over. In April, Paul Green, one of the two vocalists of The Arusha Accord, replaced him as the band's vocalist. Devil Sold His Soul signed a deal with Basick at the end of 2013, coinciding with the release of a music video for their single "Time".
On 23 January 2017 the band announced they will be playing their debut album A Fragile Hope in full on their upcoming tour and also the return of Ed Gibbs on vocals alongside current vocalist Paul Green. It's not yet confirmed whether Gibbs' return to the line-up will extend beyond these anniversary dates.