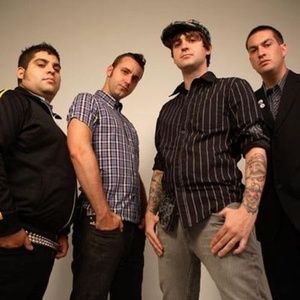 Upcoming events: 1
Subscribers:  0
My Rock Shows — search for concerts and buy tickets in more than 50 countries.
Join us

Here you can find all upcoming The Briggs concerts. If the concert schedule is not right, please contact us and we will add a gig of The Briggs in 2021 or 2022 in our database.

Click the "Subscribe" button and get notified by MyRockShows about The Briggs upcoming events. Explore this page to find details of upcoming events of The Briggs, including the venue address and tickets cost.

See past events of The Briggs →
Filter by countries
All
Australia

The Briggs are a punk rock band based out of Los Angeles, California. The Band Formed in 1999 under the name "I Decline" by brothers Joey and Jason LaRocca and bassist Matthew Stolarz (a.k.a. Duck). In 2001, with the addition of drummer Chris Arredondo (a.k.a. Chris X) the band adopted the name The Briggs. Since the band started touring, they have shared the stage with the likes of Dropkick Murphys, Bad Religion, Anti-Flag, and Flogging Molly. They have also been involved with The Vans Warped Tour in 2002, 2004, 2007, and 2008. The Briggs released their fourth full length titled Come All You Madmen on SideOneDummy Records on June 17, 2008. Their song This is LA is played as part of the introduction for the Los Angeles Galaxy and the Los Angeles Kings at all of their home games. Their song "Harder To Stand" from the album "Back to Higher Ground" was featured in the soundtrack to the film Big Stan (2008). After a short hiatus, the band returned to the studio in 2012 and will be releasing the song and video for "Panic" on May 1, 2012. In the Spring of 2015 The Briggs released a new self-titled 4 song EP. It was self-released by the band on 7", and the CD and digital download version included their previously released single "Panic".