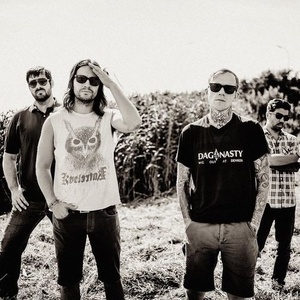 Upcoming events: 32
Subscribers:  2
My Rock Shows — search for concerts and buy tickets in more than 50 countries.
Join us
Sign in

Here you can find all upcoming Converge concerts. If the concert schedule is not right, please contact us and we will add a gig of Converge in 2022 or 2023 in our database.

Click the "Subscribe" button and get notified by MyRockShows about Converge upcoming events. Explore this page to find details of upcoming events of Converge, including the venue address and tickets cost.

Converge is an American metalcore band formed by vocalist Jacob Bannon and guitarist Kurt Ballou in Massachusetts in 1990. During the recording of their seminal fourth album Jane Doe, the group became a four-piece with the departure of guitarist Aaron Dalbec and the addition of bassist Nate Newton and drummer Ben Koller. This lineup has remained intact since. They have released eight studio albums to date, beside three live albums and numerous EPs. The band's sound is rooted in both hardcore punk and heavy metal and they are considered pioneers of both metalcore and its subgenre mathcore.
Converge have enjoyed a relatively high level of recognition. According to AllMusic, they are "regarded as one of the most original and innovative bands to emerge from the punk underground." Their popularity rose with the release of Jane Doe, which was ranked as the best album of 2001 by Terrorizer and later as the 61st best metal album of all time by Rolling Stone. Subsequently, Converge moved from Equal Vision Records to the considerably larger label Epitaph Records and their records have since gradually become more elaborate and expensive to produce. Special releases have traditionally been handled by Deathwish Inc., established by Jacob Bannon in 1999. The band's ninth studio album The Dusk in Us is due to be released on November 3, 2017 through Deathwish and Epitaph.

All Pigs Must Die

Post-Black Metal Blackened Hardcore
They are subscribed to this band