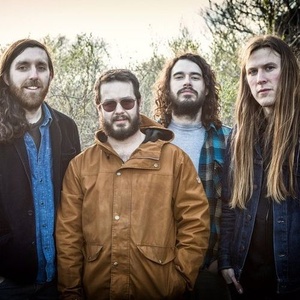 Here you can find all upcoming Elder concerts. If the concert schedule is not right, please contact us and we will add a gig of Elder in 2021 or 2022 in our database.

Elder is a three piece stoner rock band from Boston, Massachusetts. The band consists of members: Nick DiSalvo (guitar, keyboard and vocals), Matt Couto (drums), Jack Donovan (bass guitar), and previously Chas Mitchell (bass guitar). Elder have released five full-length albums since 2006 and have also released other demos, EPs and a split album with Queen Elephantine. Nick DiSalvo claims that Colour Haze and Dungen are "the bands that have really influenced the methodology or the philosophy behind the new direction". While Elder's sound is varied, it could be said to have been influenced by such landmark Rock/Metal bands as Black Sabbath, Sleep and Electric Wizard.