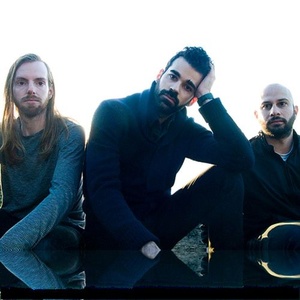 Upcoming events: 2
Subscribers:  0
My Rock Shows — search for concerts and buy tickets in more than 50 countries.
Join us
Sign in
Follow us on social media

Here you can find all upcoming Geographer concerts. If the concert schedule is not right, please contact us and we will add a gig of Geographer in 2022 or 2023 in our database.

Click the "Subscribe" button and get notified by MyRockShows about Geographer upcoming events. Explore this page to find details of upcoming events of Geographer, including the venue address and tickets cost.

Geographer is the moniker for Mike Deni's American synth pop/indie rock band based in San Francisco, California.
Formed in 2007, by Michael Deni who has described his sound as being "soulful music from outer space" using analog, electronic and acoustic elements to craft dense layers and unique sound textures.
As Geographer, Deni has released three full-length albums, Innocent Ghosts in 2008, Myth in 2012, and Ghost Modern in 2015; along with two (EPs), Animal Shapes in 2010, Endless Motion in 2015; a 7" single, Kites in 2009.