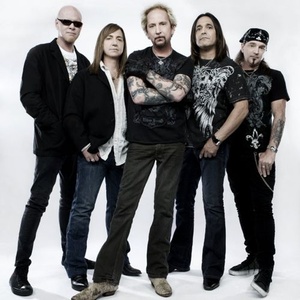 Upcoming events: 17
Subscribers:  18
My Rock Shows — search for concerts and buy tickets in more than 50 countries.
Join us
Sign in
Follow us on social media

Here you can find all upcoming Great White concerts. If the concert schedule is not right, please contact us and we will add a gig of Great White in 2022 or 2023 in our database.

Click the "Subscribe" button and get notified by MyRockShows about Great White upcoming events. Explore this page to find details of upcoming events of Great White, including the venue address and tickets cost.

Great White is an American hard rock band, formed in Los Angeles in 1977. The band gained popularity during the 1980s and early 1990s. The band released several albums in the late 1980s and gained airplay on MTV with music videos for songs like "Once Bitten, Twice Shy". The band reached their peak popularity with the album ...Twice Shy in 1989.
The band continued to release new material into the 1990s, although none of their material charted in the United States. The band broke up in 2001. Soon thereafter, lead singer Jack Russell started to tour as a solo artist with new musicians for his "Jack Russell " For You tour. This band made headlines when a Rhode Island nightclub at which they were playing caught fire, leading to the deaths of 100 people, including his band member Ty Longley. Great White reformed in 2006. In 2011, Russell left the band, starting to tour again as "Jack Russell's Great White", and was replaced by Terry Ilous of XYZ.
As of August 2007, Great White sold over 10 million records worldwide.