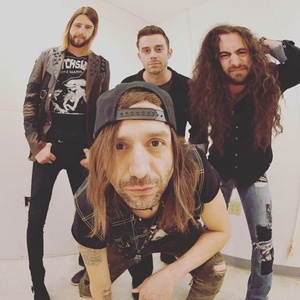 Here you can find all upcoming Tantric concerts. If the concert schedule is not right, please contact us and we will add a gig of Tantric in 2021 or 2022 in our database.

Denver, CO, USA
With: Trapt, Smile Empty Soul
Venue on 16th
Interested
0Going
Interested
Going 0
Not interested
We have no ticket information yet, subscribe to the event and we will notify you
No Information
I have a ticket:

Tantric is an American rock band from Louisville, Kentucky, United States. The group was founded in 1999 by former Days of the New members Todd Whitener, Jesse Vest and Matt Taul (now all no longer with the band), and Hugo Ferreira. Altogether Tantric has released six studio albums and one EP Tantric (2001), After We Go (2004), The End Begins (2008), Broken Down...Live in the Poconos (2008), Mind Control (2009), 37 Channels (2013) and Blue Room Archives (2014)
Tantric released their latest album Blue Room Archives, on September 30, 2014, the band is currently working on a new album called "Teather".
Lead vocalist Hugo Ferreira is the only remaining founding member left in the group.